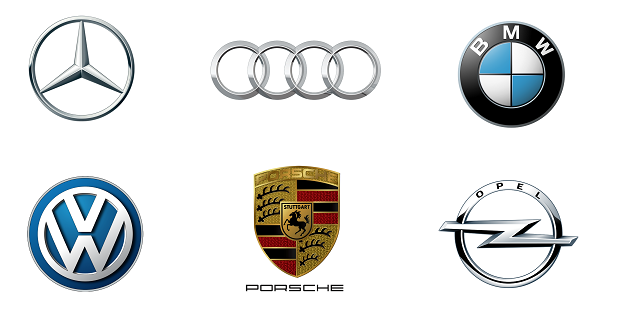 German engineering is famous globally for its quality and functional cars. There exist many German brands in the market, some of which are by now outdated. Currently, German has seven active car makers. A majority of this being high-end manufacturers who make prominent brands. German automakers are known for producing high-class vehicles that focus more on performance under the function over form principle that they’ve adopted, enabling them to emphasize more on quality and functionality. These remarkable qualities have made Germany the leading car manufacturer in Europe and among the top 5 car manufacturers worldwide. Having a 6 million output annually, German cars are globally some of the most innovative cars. However, with too many German brands in the market, it can be hard to choose which brand to go for. To guide you while buying a German brand, you can use review sites such as reviewsbird.de. German insurance companies will also help you to choose the best auto insurance for your vehicle. In 1870 Engineers Nikolaus Otto and Karl Benz invented the four-stroke internal combustion engine. Below are some of the most remarkable German vehicles throughout time.

In the mid-1980’s Audi was performing well, especially among the middle class. There were two main variants, the Audi 100 and the Audi 80. The Audi 100 would then have more power incorporated in it, and the new variant was named the Audi 200. In 1988 Audi was tired of lagging behind Mercedes and BMW, which conquered the upper-class vehicle market with the S-class and the 7-series. So, Audi would work on the Audi 100 and 200 body to have a front appearance that was more potent and added a new v8 engine. While the result wasn’t the company’s final answer, it got the predecessor to the Audi A8, the Audi V8, a stunning motor vehicle.

Made from 1938 to 2003, the Volkswagen Beetle was the best-selling German car of its time. It was made after an order by Adolf Hitler to have a vehicle that was affordable to most people. After the second world war, Beetles were produced and could be seen almost everywhere. In Germany, the Beetle was a reliable and affordable family car, while in Mexico, they were mainly utilized as Taxis. It had 21.5 million units sold, making it the best-seller globally, and in 2002 it was overtaken by the Volkswagen Golf.

Between 1958 and 1973, the former car maker NSU presented the Prinz. The success of Volkswagen better motivated them to manufacture the Prinz. Initially, the Prinz had a 20HP engine, which would later have some modifications to achieve a 30HP. It propelled the car at a speed of 116 kilometers per hour.

Mercedes would, in 1972, come up with a vehicle that was referred to as the best car globally by the automotive press. The Mercedes S-class was a powerful, elegant, and safe luxury car. Everything from the car’s exterior to its interior and how the car doors were paneled was all stunning. The most outstanding model was the Mercedes 450 SEL 6.9, which was highly preferred by CEOs of big companies and high-ranking politicians.

The BMW 7 series was manufactured as an answer to the Mercedes Benz S-class, and the first version got into the market in 1977and the second version in 1986. The most expensive version of the BMW seven series, the 750 and 760, had a 12-cylinder engine that outdid the Mercedes S-class. The initial three versions of the BMW 7, the E23, E38, and E32, were the most beautiful motor vehicles ever built and designed by Germany.

The G-model of the Porsche 911 was manufactured between 1973 and 1989 and came in multiple versions, such as the crazy Porsche 911 turbo that had a 300 HP engine, the Targa, which had a rigid and semi-convertible top, and lastly, was the Carrera. 300HP at the time was much power that was impressive. The Porsche 911 is associated with the Volkswagen Beetle. However, the two took two very diverse paths.

This was made in 1964 when one of the German divisions of general motors began manufacturing a big American cruiser it referred to as the Diplomat. In 1969 the Opel Diplomat B was made, replacing the Opel Diplomat A. The car was propelled by the V8 engine, which gave it great power reserves.

In conclusion, this article discusses some of the remarkable cars that German automakers have produced.